After the runaway success of Muppet Babies' first season in 1984.  Marvel and Jim Henson's next co-production was a variety show named Little Muppet Monsters.  Marvel would produce animated segments while the Henson Company would produce traditional live-action Muppet segments.  13 episodes would air on CBS alongside Muppet Babies as an hour-long programming block.

Unfortunately, due to delays in Marvel's production of the animated segments.  Only three episodes were completed in time for the scheduled broadcast dates.  CBS filled time with Muppet Babies repeats until the remaining ten episodes were ready.  However, the higher ratings of these repeats led the network to cancel Little Muppet Monsters and expand Muppet Babies to a one-hour block (rising to 90 minutes in 1988 due to CBS' decision to abandon broadcast of Garbage Pail Kids). 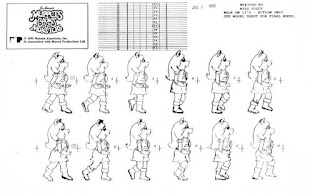