A big reveal for the Archive this month.

As revealed during Jim Sorenson and Flint Dille's panel at TFCon LA 2022.  The partial outline and all five full scripts for the miniseries Five Faces Of Darkness - which kicked off Transformers season 3 - are now available to view at the Archive.  Along with some model sheets and the voice actor call sheet for Part 5.

While there are a myriad of deleted or changed scenes across the miniseries.  The most crucial is a late change between outline and full script, mandated by Hasbro.  Originally, Shockwave was the Decepticon who harboured doubts about the Quintessons, being the most ancient Transformer still alive.  When Galvatron refuses to hear him out about their allies' deception, he makes the conscious decision to seeks out Rodimus' help.  Once the battle is over, he attempts to rejoin his fellow Decepticons in space, only to be blasted back down to the planet by Galvatron for his "treachery".  Rodimus offers him refuge and he accepts.  Shockwave is hailed by the Autobots as a hero, though the outline does note that how loyal he will actually be to them is a question for another day...

The memo requiring this change and others is also available to read at the link above.

(With thanks to "crazytransformerguy", Sharon "Tut" LaBorde, Monzo and Jim Sorenson for their contributions). 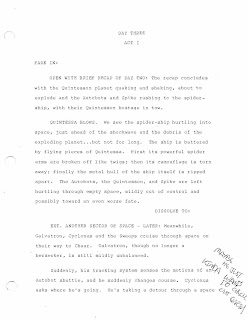 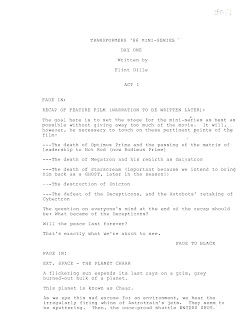 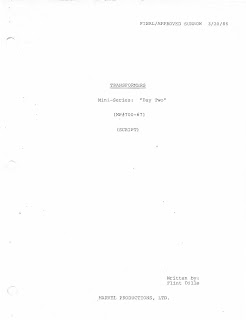 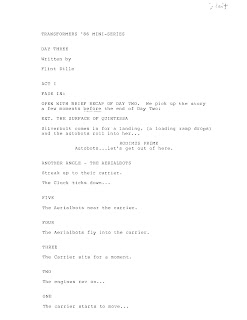 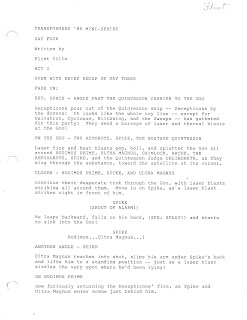 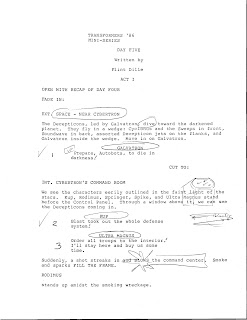 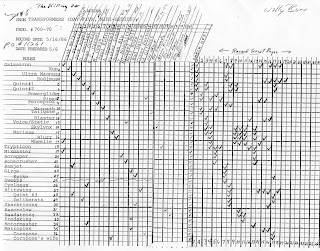 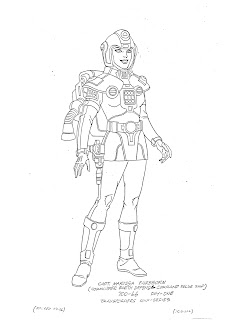 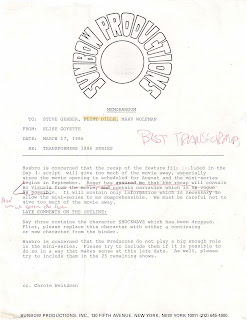