With thanks to Jim Sorenson for his assistance with storage and scanning, the Archive now plays host to Transformers season 2 episode Sea Change.  Written by Sunbow producer Doug Booth.

Clocking in at 57 pages (or roughly 28 minutes), the story of the Autobot Seaspray falling in love with an alien mermaid is full of deleted or changed scenes.

Read on at: The Transformers, Part 1 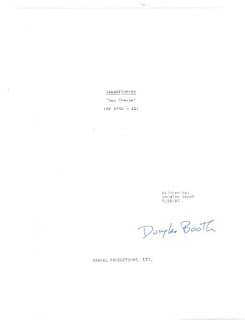 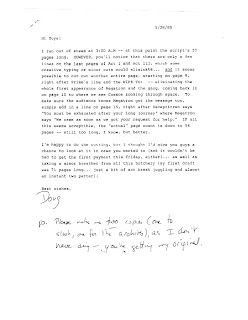 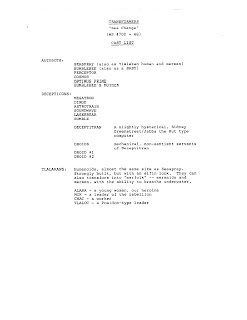 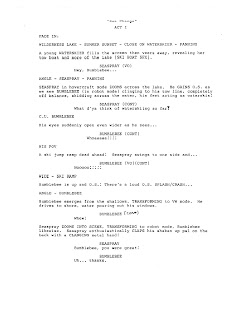 One of the most comprehensive websites for Jem cartoon fashions - Pranceatron.com - shut down for most of a day.  While the site did return, the Sunbow Marvel Archive is in the process of hosting the character model images as a back-up.

Follow this link to go to the main landing page: Jem fashion gallery

Story outline of Ron Friedman's script for The Transformers The Movie

I have analysed and typed up Ron Friedman's 179 page draft script for The Transformers The Movie.  As it was marked "completed" on April 27th, 1985, not including any duplicate or additional pages from the May 2nd revisions. 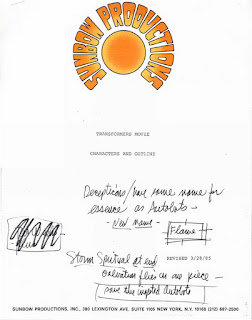 Rather, this condenses the actual story told within the script down to the equivalent of 20 pages. 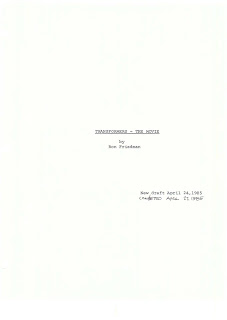