With thanks to Rich Helscher, the Sunbow Marvel Archive now hosts all five scripts from Operation Dragonfire: the miniseries that kicked off DiC Entertainment's continuation of G.I Joe: A Real American Hero.

Written by former Sunbow producer Doug Booth, this miniseries follows Sgt. Slaughter and his Marauders as they battle Cobra over the mysterious Dragonfire energy.  All the while contending with the return of Cobra Commander, restored to humanoid form after his mutation in G.I Joe: The Movie.  And with a traitor in their midst, the double-agent Scoop. 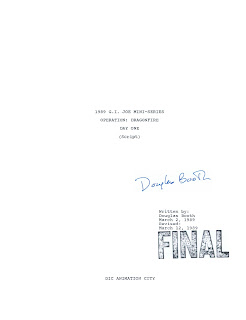 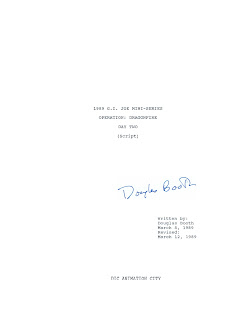 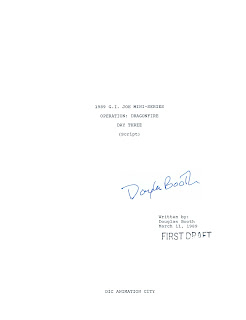 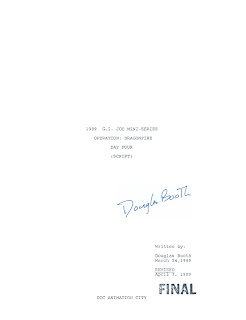 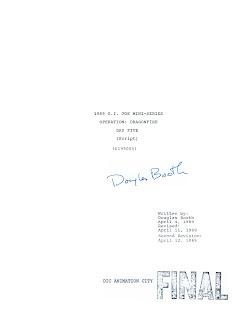 Following on the heels of the storyboard galleries, I am also testing out galleries for the various briefing/reference books sent to either Sunbow or Marvel by their various clients.  Containing any of the following: product descriptions, character profiles, concept art and full model sheets.

A new feature at the Sunbow Marvel Archive are viewing galleries of all full and single-Act storyboard sets currently available.  Featuring episodes of Transformers, G.I Joe, Inhumanoids and Spider-Man And His Amazing Friends.  All storyboards will still be available as PDFs from the respective show pages.

At time of writing the pages are currently being put together and filled.  All current storyboard sets should be included within the next couple of days.

Head to the index page at: Storyboard Viewing Gallery

A script released to the public via the Archive this month has revealed an interesting twist in the development of the 1986 Transformers toyline.  As anyone familiar with the G1 toyline will know, 1986 saw Autobot boombox Blaster paired up with his own quartet of transforming cassettes: Rewind (robot), Eject (robot), Ramhorn (rhino), Steeljaw (lion).  To have parity with 1984 Decepticon tapedeck Soundwave and his well-established cassette force.  The Autobot quartet made their US media debut in The Transformers The Movie, fighting their Decepticon counterparts in The Battle Of Autobot City.

However, mounting evidence shows an earlier version of the tapes that very nearly appeared in two pieces of fiction.  The earliest mention coming at the end of March 1985, in the outline for the second script for TFTM.  Handed to Ron Friedman by Sunbow and detailing new product he was required to work into his script. 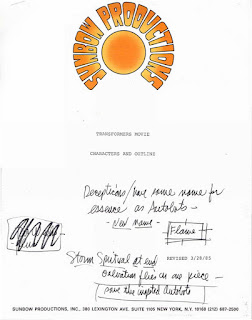 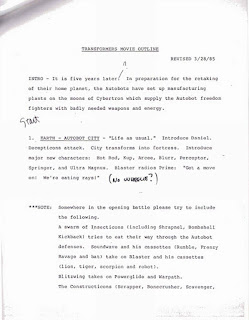 The outline lists the tapes (without names) as a lion, a tiger, a scorpion and a robot.  Friedman carries out the task and includes the four in his script with placeholder names (Hasbro would have final say on the names for new product).  Last revision dated 2nd May 1985: 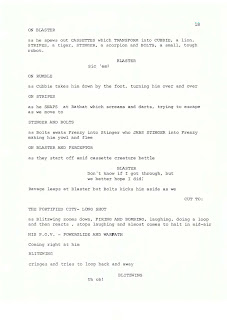 For the 12 years that this script has been in the public eye, it seemed to be the only place where this version of the Autobot cassettes could be found.  Leading many to believe they were creations of Ron Friedman's imagination.
However the script for the season 2 episode Auto-Bop - submitted by David Wise a month after the movie script - reveals that the team were scheduled to be the earliest 1986 product included in the series.  Preceding the four combiner teams who would be showcased in the last ten episodes of the season. 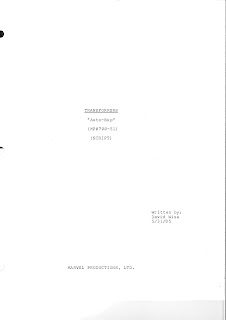 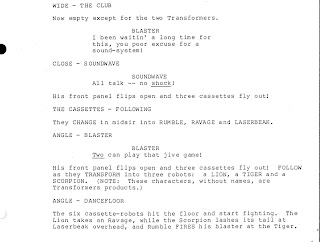 The script makes clear these are Transformer products that had undergone enough development that Hasbro required them to be promoted early.  While the fourth cassette - the unnamed robot - does not appear in the script, a model sheet was drawn up by Marvel's model design team (reposted with permission of Jim Sorenson): 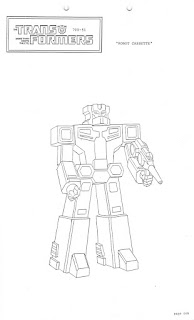 As the Auto-Bop script is David Wise' first draft, it is unknown at this time how far the cassettes' appearance made it through the production process.  Whether they were removed in story-editing, or were retained long enough to be included in the first draft storyboards and simply be cut for time.
If it was indeed the latter scenario, it was most fortuitous that the Auto-Bop script ran 52 pages (roughly 26 minutes) and thus required much material to be cut.  As the early team's inclusion in The Transformers The Movie survived through the many revisions undertaken by Story Consultant Flint Dille over the summer of 1985.  The changeover to the finalised team coming during the Autumn, in time for the movie to be storyboarded.  There could have been a possible scenario where the early dropped team would have appeared on television nearly a year before the actual product debuted in the movie. 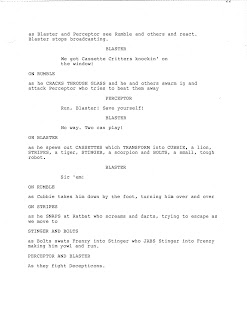 As for the questions of how far the Lion/Tiger/Scorpion/Robot team progressed through development at Takara, and what prompted the late change to the Lion/Rhino/Robot/Robot Team?  Those remain unanswered.  As Optimus Prime once said: "Every answer just led to a bigger question..."
For the Auto-Bop script, along with all other season 1 and 2 material, head to The Transformers, Part 1
For the movie material, head to The Transformers: The Movie

With thanks to Rich Helscher, the Archive now hosts the full storyboard set for Transformers season 2 episode Atlantis, Arise!

Drawn not by Marvel Productions, but outsourced to Toei Animation.  This 143-page set was sold off by the episode's writer Doug Booth.

View the full boards at: The Transformers, Part 1 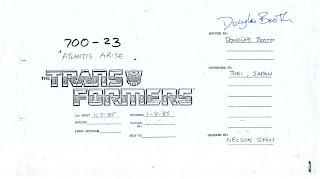 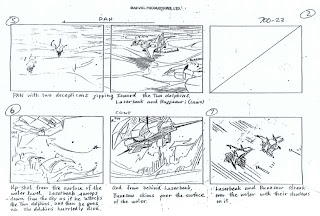 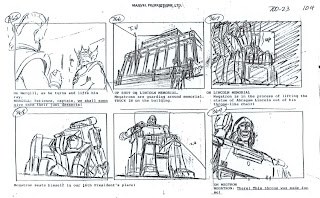 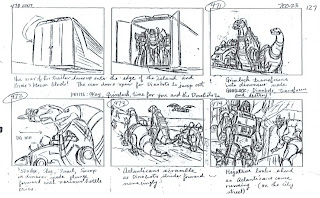