Hot on the heels of the City Of Steel storyboard set come two more, from the collections of Brian Ray and Doug Booth respectively.

With thanks to Ryan King, Rich Helsher and Jim Sorenson.

First up is the season 1 episode S.O.S Dinobots.  Clearly a rush job, requiring six artists (David Russell, Doug Lefler, Gerald Moeller, Lindsay Dawson, Bob Smith and Brian Ray).  This 141-page set chronicles the construction of the Dinobots and their subsequent rescue of the Autobots after an attempt to stop the Decepticons stealing hydro-electric energy goes wrong. 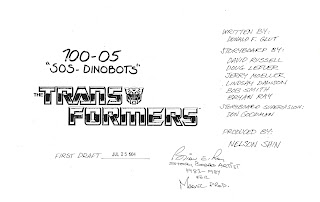 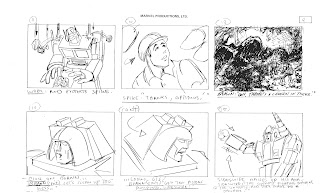 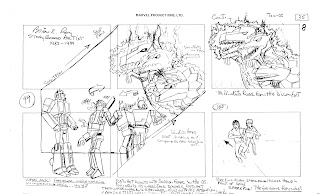 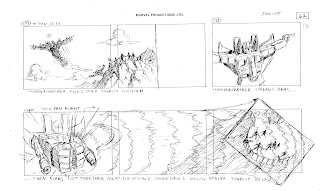 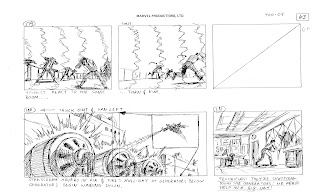 Next up is Sea Change, Doug Booth's story of love between Seaspray and the alien mermaid Alana.  Drawn by the mysterious "K", this massive 160-page set is packed with deleted scenes, carried over from the first draft script added to the Archive earlier this month.  Those of you who have read the first draft script may be disappointed (or relieved) to learn that Baby Bumblebee and his parents will not be making an appearance in these boards. 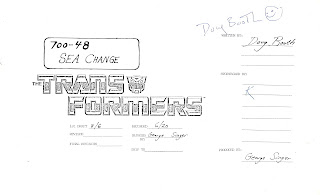 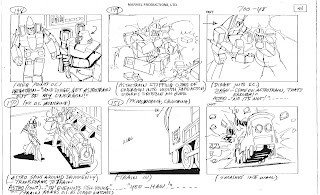 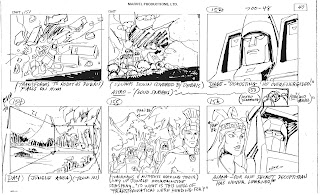 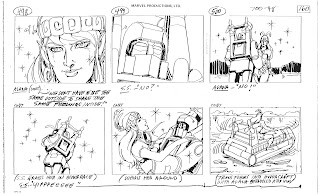 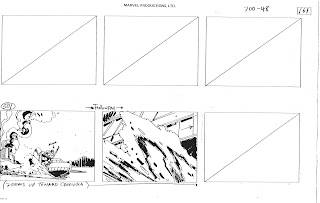