Just a few storyboard samples found in an Internet Archive download of a 1993 storyboarding guidebook.

First is from late season 2 GI Joe episode Sins Of Our Fathers, drawn by Bill Barry.  In this episode, Cobra Commander has succeeded in raising the monstrous creature dwelling underneath the ruins of Destro's ancestral home (destroyed in season 1 episode Skeletons In The Closet) and makes an unholy pact with the creature, offering Serpentor as a sacrifice.  We join the action as the monstrosity makes landfall on Cobra Island 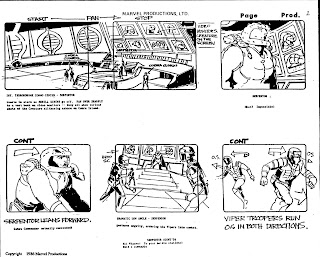 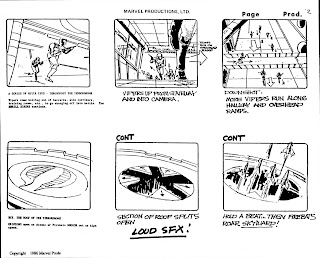 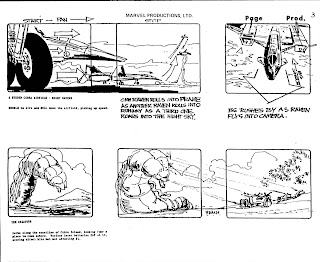 Next are storyboards from Larry Houston in 1992, from what is presumably the pilot episode of Marvel's Siegfried and Roy.  The illusionists' management were making lucrative offers to production companies for an animated series, eventually settling on Marvel Productions.  Trade adverts promised 65 episodes for the 1993 television season, however these failed to materialise. 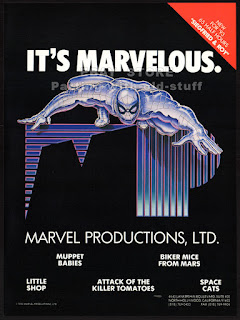 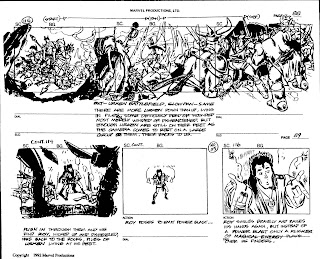 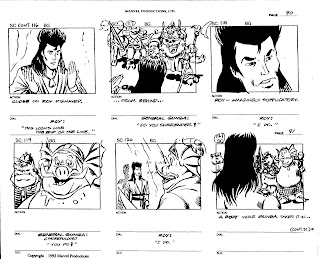 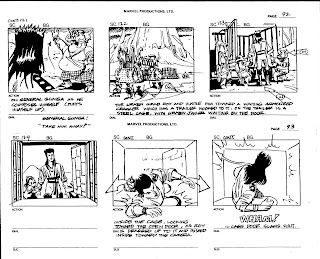